He has appeared on albums alongside other world-class bass players such as Nathan East, Pino Palladino and Abraham Laboriel. He’s also currently involved in recording and producing albums for a number of other artists, as well as mixing, mastering and graphic design.

Since 1996 Chris has been a member of Thunder, generally regarded as one of the UK’s top classic rock bands, adding his own individual style of playing to hundreds of shows and numerous albums, including the critically-acclaimed new album Rip It Up. 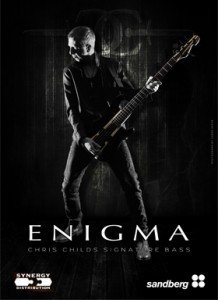