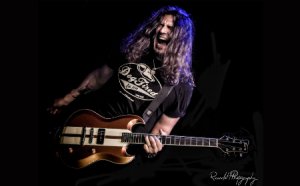 JUST BEFORE PHIL X & THE DRILLS START THEIR UK TOUR, YOU CAN CATCH PHIL ON THE LIVE STAGE AT THE GUITAR SHOW 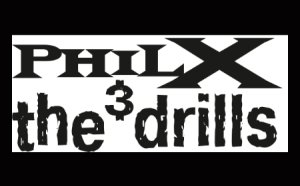 Phil X & The Drills are announcing the release of their 5th Album Stupid Good Lookings Vol. 2 in early 2020 on Golden Robot Records. Featuring a different drummer on every song including the likes of Tommy Lee, Libery Devitto, Kenny Aronoff and Ray Luzier, the music promises to be extremely diverse. With live shows being described as “energetic guitar- driven ROCK punching your face with unbearably great anthems”, Phil X & his band, The Drills, have been enjoying a rapidly growing international fan base supported by the release of 5 strong Albums: Kick Your Ass In 17 Minutes (2009), We Bring The Rock N Roll (2011), We Play Instruments N Sh!t (2012), This House Is Not For Sale (2016) with Bon Jovi and Stupid Good Lookings Vol. 1 ( 2019).

In March of 2016, Phil was invited to Electric Lady Studios in New York to record guitars and background vocals on the Bon
Jovi record, This House Is Not for Sale. The album was released later that year reaching #1 on the charts with the album artwork including Phil in the band shots confirming his position in the band as an official member. This House Is Not for Sale also spawned 12 rock videos and multiple tours in 2017-2019 packing arenas and stadiums in 24 countries.